Malaysian consumers have turned cautious on spending following the implementation of the GST. Companies feel the pulse of the Malaysian consumers and are prepared to absorb some of the cost to encourage consumers to start spending again. Take the instant noodle category as an example. Both Mamee Double-Decker and Nestle have introduced the 6+2 (buy six, get two free) promotion for its cup noodles. 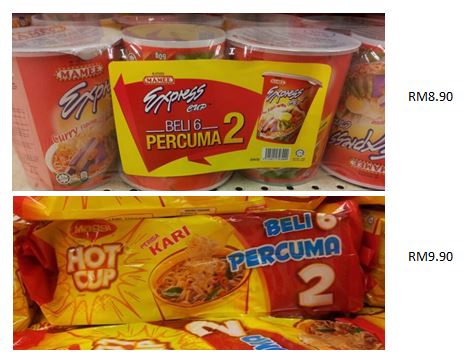 However, the most interesting development from Nestle is not the “6+2” but bigger pack size without changing the price. The new 5x90g pack comes with an extra 10% volume and is selling for RM3.99 (normal price RM4.79) compared with 5x83g previously. Even through the difference between 90g and 83g is not exactly 10% but 8.4%, it does show Nestle is taking the opportunity to highlight the brand’s ‘value’ preposition to wary consumers who are still reeling from the impact of the GST. 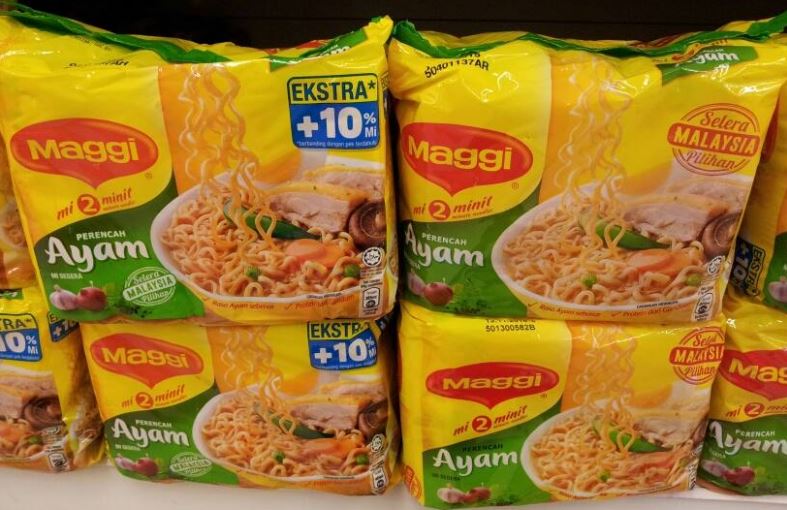 For the cup noodle, Nestle has not only added an extra 10% volume, it has also renewed the packaging design and has added extra vegetables such as sweet corn, cabbage and carrot. Nestle’s focus on ingredients echoes a similar strategy used by Super Group for its newly designed Signature instant noodles.

The new Hot Cup also comes with a more palatable description. Instead of ‘perisa ayam‘ or chicken flavour, the new packaging describe the flavour as ‘sup ayam special‘ or special chicken soup, which is more inviting to the taste bud. With consumers struggling to come to terms with the newly implemented 6% GST, it will not be surprise to see other instant noodle players shifting their marketing to focus their attention to crafting a value-for-money image through better ingredients or larger pack size.

Tan Heng Hong - 2nd January 2023 0
Usher in the beginning of the Year of the Rabbit with an abundance of promotions, interactive games, unique giveaways and a special collaboration for...

Mini Me Insights - 8th September 2014 0
The coconut product specialist Kara Marketing (M) Sdn Bhd has recently introduced its coconut water in Malaysia under the Karta brand. The debut of...

Ultimate match up for drinks & snacks the Mamee way

All Café unveils its own drip coffee