Home Uncategorised Gridlock Kuala Lumpur
Facebook
Twitter
Pinterest
WhatsApp
Linkedin
Email
Print
LINE
Viber
Malaysia has a very high car ownership. The latest Nielsen data shows 54% of households in Malaysia have over one car, the highest incidence of multiple car ownership globally. The country is also third worldwide for car ownership at 93%. We need cars. Without cars, it is impossible to travel around the city due to the poor public transport service. With so many cars on the road, it is not surprising KL’s road is congested.

Malaysians spent a lot of time being stuck in traffic. For example, the author spent at least two hours commuting to work and this does not take into account the morning traffic jam. I leave early to work, usually 6.20am and arrive 35min later. But if I were to leave at 6.40am, it will take 50 minutes to reach the office. 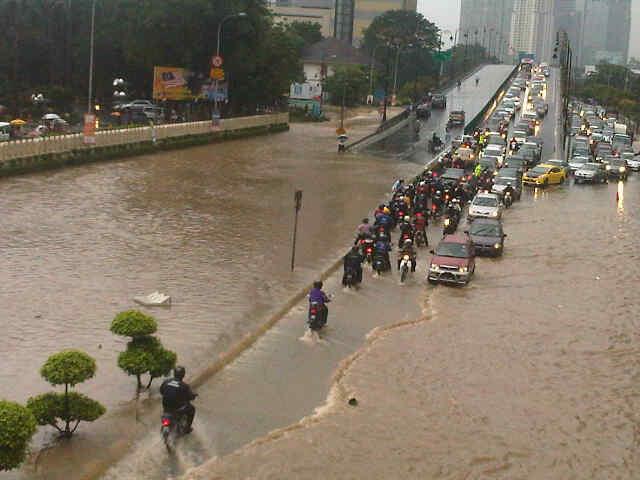 If there is flash flood, the traffic will get worse. For example, it took me 2.5 hours just to return home yesterday after flash flood cut access to a number of roads.

Rather than being constantly stuck in traffic jam, some motorists choose to leave early, usually before 6.30am, and use the extra hours to enjoy the morning meal near the office. As many companies do not offer flexi hours, this causes office workers to leave in drove after work, usually between 5pm to 5.30pm, causing unbearable pain to motorists going home.

To avoid getting caught in traffic jam on the way home, some choose to go to the gym for a workout, have a shower and have dinner outside. Once done, it will be already 8pm and the roads will be less congested, making driving home a breeze.

As office workers usually arrive home at 7-8pm, there is little time left to do their own cooking. So many either head out to eat or dine at their parents place. A busy lifestyle means opportunities for convenient food. As Malaysians love to spend time doing grocery shopping after work, Tesco, which opens until 11pm has become a hit. The other competitors close at 10pm.

Since many office workers would not want to kill time sitting in the office to wait for the roads to clear, there is an opportunity for something similar for a home away from home premises. Such as place will have everything needed to wind down before heading home.

Traffic jam is bad for health but is good for products and services that cater to the needs of time-deficient consumers.

Mini Me Insights - 17th October 2014 0
Saw this strange notice at the Colombo airport immigration today. The notice raises the question are mainland investors attempting to expand their reach into...