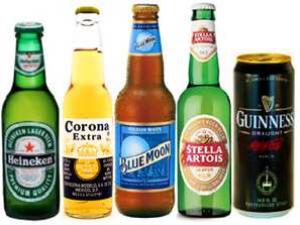 The Chinese domestic beer market is starting to face a problem. Local beer production in the first eight months of 2015 declined 6.12% year-on-year but import volume rose 65.7% year-on-year. Among the reasons for higher beer import is the strength of the renminbi versus the euro, making imports cheaper, zero taxation on imported beer and the shifting taste to more sophisticated, higher quality imported beer as evidenced by the craft movement.

Local Chinese companies are jumping into the bandwagon. COFCO Group said it will aggressively promote imported beer in China. The food and beverage giant is already bringing the German DAB, Bitburger and  Benediktiner Weissbier into the country. The Netherlands and Spain are fast becoming the preferred choice.

Wine distributors in China are expected to be changing their emphasis and will now distribute more beer instead of wine. Wine is feeling the heat of the government anti-extravagance crackdown but not so for beer, which is still a cheap drink. Now is definitely an exiting time for Western beer exporters. Expect to see more varieties of beer including craft beer in the local hypermarkets or in the pubs and bars near you.

Massimo Burrosa Butter Cake is a new anytime treat that is...