When I was in Bali in October 2011, I saw a group of Taiwanese tourists eagerly laying their hands on some white coffee in a local supermarket. I assumed they were thinking about Malaysia’s very own Ipoh white coffee, which had become something of a novelty in Chinese-speaking markets in China, Hong Kong and Taiwan. The tourists might be thinking what they had bought was Ipoh white coffee but in fact, it was the Indonesian white coffee.
White coffee revolutionises Malaysia’s coffee scene. The same product, albeit produced using a different processing technique, is taking the Indonesian coffee market by storm. To an outsider, both coffees look rather similar but behold, they are two different beasts.
Malaysia’s Ipoh white coffee is a coffee bean roasting technique that uses margarine to give the coffee an aromatic smell. The Indonesian white coffee, on the other hand, are coffee beans processed through the cold drying technique. This method freezes the coffee beans to a temperature of -40 degrees Celsius to reduce the acid level until 80%. The coffee beans are then roasted and blended with sugar and non-dairy creamer.
The marketing of the two white coffees takes a different route. In Malaysia, Ipoh white coffee is marketed around tradition. The traditional message is reinforced in the packaging design by depicting the drink served in traditional cup and saucer like the good old days in the coffee shops or kopitiam.
For the Malay market in Malaysia where the Ipoh white coffee traditional does not resonate well, the same theme but with a different twist is presented in one of the OldTown TV ads. The advertisement shows Malay consumers sharing their good old memories while drinking white coffee. The theme of the advertisement is to “relive the aroma of your good times with OldTown White Coffee.”
In Indonesia, white coffee is positioned as a healthy lifestyle drink for young urban dwellers. The key selling point is the coffee is low in acid and therefore gentler on the stomach than regular coffee. Plus, the coffee is low in caffeine, making it a drink that can be consumed more often.
The ABC Coffee ad in 2013 takes the health positioning further by claiming the coffee has 0% cholesterol but retains 100% of the taste.
Both white coffees variants are available in Indonesia and Malaysia. The Indonesian white coffee has only started making inroad into the Malaysian market using the health platform through Kopiko L.A. Coffee, which claims to be a coffee with low acid. To avoid confusing Malaysian consumers, the Kopiko L.A. Coffee does not market itself as a white coffee. 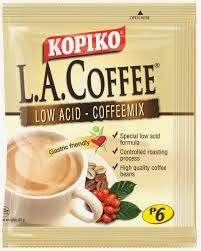 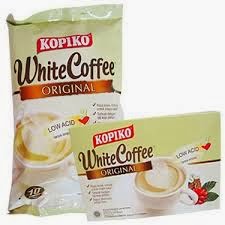 Tan Heng Hong - 3rd March 2019 0
PepsiCo Thailand has jumped into the salted egg yolk bandwagon with its own adaptation of the popular salted egg yolk flavour. The Lay's Salted...

Beyond Finances: The Additional Costs of Data Breaches in SEA