One-off items are best avoided. The sale of an office building, a piece of land and other one-off items gives a temporary boost to the bottom line of a company. Investors who do not read the fine prints might be caught calculating the company’s P/E based on an EPS that has been fatten by extraordinary items. The low P/E may give shareholders an illusion of how cheap the company has become.
The two recent examples are PT Hero Supermarket and Super Group. Hero Supermarket operates supermarkets, hypermarkets, convenience stores and health & beauty outlets in Indonesia. It just announced its full year 2013 results on 25 February 2014. Net income more than doubled to IDR 671 billion (USD 58 million) from IDR 303 billion in 2012, while revenue only increased by 14% to IDR 11.9 trillion. Excluding the extraordinary gain from the disposal of its head office in Jakarta, the underlying net profit only increased by 9% to IDR 330 billion. The underlying operating income fell by 5% to IDR 421 billion due to the minimum wage increase and the pre-opening cost of IKEA, which is expected to open in the fourth quarter of 2014. The minimum wage has impacted the bottom line of a quite number of retailers in Indonesia including the owner of the Indomaret minimart chain. 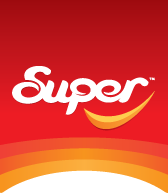