The hugely popular South Korean drama You Came from the Star (별에서 온 그대), which ended its last episode on 27 February 2014, has unintentionally ignited a rising interest for Korean-style fried chicken and beer. The South Korean beer and seasoning industry has to thank the script writer for making the female protagonist a huge fan of fried chicken and beer as her favourite supper treat. 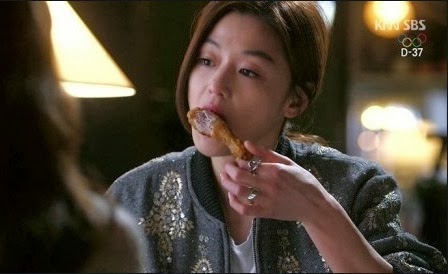 The fried chicken and beer effect is felt strongest in none other than China where two of the online video platforms have bought the right to screen the drama the same time as it was broadcast in South Korea. Apart from the romance and the star-studded casts, Chinese K-drama fans have developed a strong interest in fried chicken with beer. One of the hottest topic on blogs and BBS in China is eating fried chicken with beer. Even the local Chinese media has caught up with the frenzy but cautioned readers that excessive consumption of beer with fried chicken is bad for health.

Dutch Lady unveils Protein + with highest protein in the market