Home Drinks Alcoholic Drinks No More Alcohol in Surabaya Minimarts
Facebook
Twitter
Pinterest
WhatsApp
Linkedin
Email
Print
LINE
Viber
To ban or not to ban? Indonesia has been seesawing on its policy to curb alcohol consumption. The Islamic-based United Development Party, which is part of the ruling coaling, drafted a Bill for a Ban on Alcoholic Drinks in late 2012. Now, there is an air of certainty after President Susilo Bambang Yudhoyona passed a regulation on 6 December 2013 providing legal cover for the distribution and control of alcoholic beverages in the country.

Under the regulation, alcoholic drinks are classified under three categories – drinks with over 20% alcohol, between 5% and 20% and less than 5%. Drinks with less than 5% alcohol can be sold in Carrefour, Indomaret, Alfamart and in other modern retail channels, while those with over 5% can only be sold in licenced premises such as clubs, hotels, restaurants and bars.

No alcoholic drinks can be sold near hospitals, schools and places of worship. Provincial governors and district heads have been given stronger authority to regulate liquor distribution in their area.

Now, Surabaya, Indonesia’s second-largest city is set to ban the sale of beverages with more than 0.5% alcohol at minimarts and supermarkets. Implementation is scheduled by the end of March 2014. The transition period is three months for retailers to remove alcoholic beverages with more than 0.5% alcohol from their stores. The bylaw is made to protect consumers from drinking bootleg liquor or oplosan.

The ban on the sale of alcoholic drinks has already been enforced in 22 municipalities and regencies including in Indramayu and Depok but only Aceh enforces the Islamic law. 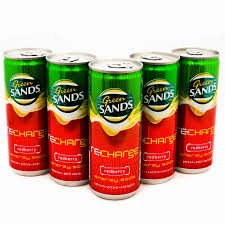 To counter the creeping Islamisation in Indonesia, PT Multi Bintang is pouring additional investment into carbonized or non alcoholic beverages. The latest IDR 210 billion (USD 18 million) investment in January 2014 is for a new factory in Mojokerto, East Java to make non-alcoholic drinks comprising GreenSands, GreenSand Recharge and Bintang Zero. The annual output capacity is 500,000 hectolitres and will be operational in May 2014.

The implication for esetablished carbonated soft drink (CSD) makers like Coca-Cola and PepsiCo is greater competition from Multi Bintang, which is now forced by government regulations to make a stronger push into the CSD segment.

KITKAT Chocolatory celebrates its 3rd anniversary with the launch of KITKAT...