Home Country China Convenience stores benefiting from O2O to bridge the “last mile” gap
Facebook
Twitter
Pinterest
WhatsApp
Linkedin
Email
Print
LINE
Viber
B2C retailers in China have set their eyes firmly on convenience stores to address the so-called “last mile” problem – how to deliver products quickly and efficiency to consumers. In the US, Amazon.com has toyed with the idea of drone delivery. However, this is not feasible due to security concerns, both in China and in the US. The best bet in China is through convenience stores. Convenience stores are near to consumers, have a strong network of stores and tend to open 24 hours a day.
In March 2014, JD.com, China’s second biggest B2C retailer, announced it entered into online to offline (O2O) agreements with 12 convenience store chains in 15 cities including Shanghai, Beijing, Guangzhou, Dongguan, Wuhan, Xian and Dalian. These chains collectively own more than 10,000 stores throughout the country. They include Quik (快客), Buddies (良友), Meiyijia (美宜佳), Guoda365 (国大365),  Renben (人本), Good Neighbours (好邻居), Zhongyanghong (中央红), LiKe (利客), Yituanhuo (一团火), Meiri Meiye (每日每夜) and Puluoyun (普罗云).
The idea is once consumer places the order, they can choose to pick up their order from the nearest convenience store. JD.com has previously introduced an innovative one-hour express delivery service in December 2013 in cooperation with Tangjiu (唐久) convenience store in the coal-rich Shanxi province in northern China. Therefore, the latest O2O arrangement runs in the similar vein as the Tangjiu example.
For convenience store operators, not only do they serve as a pick-up destination for B2C operators, they can also increase their SKUs by making more products available online as illustrated in the Tangjiu-JD.com partnership.

With their burgeoning B2C business, the “last mile” problem also affects department stores. As department stores shift more of their sales online, they are increasing coming to grips with the reality of B2C and the challenges of delivering their goods to shoppers.  The solution for some is to set up their own convenience stores.

Rainbow Department Store announced in early April 2014 that it plans to establish its own network of convenience stores to address the “last mile” problem. The first outlet will open in Shenzhen in June 2014. Apart from selling through the physical stores, the proposed convenience stores will encourage consumers to buy online as more products will available on the online store. 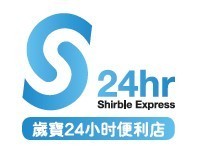 Amidst the positive signs that convenient store is the perfect vehicle for O2O to fill the “last mile” gap, the key problem facing convenient store chain operators in China is the lack of profit. Many leading chains including 7-11 in Beijing and Lawson in Shanghai do not make money. In fact, they are operating at a loss. Shanghai Hualian Lawson, the company that runs the Lawson chain in Shanghai, has been unable to make a profit.

Even B2C players are not making money. JD.com in its updated IPO prospectus said its net loss in 2013 was RMB50 million (US$8.11 million), narrowed from a net loss of RMB172 million a year ago. There is a 50-50 chance that JD.com will swing into profit in 2014 as it needs a clean set of financials for its IPO (We all know what happens to NYSE:DANG). It is thus safer to say JD.com revenue is expected to continue to rise. In 2013, the company posted revenue of RMB69.34 billion (US$11.24 million), up from RMB40.35 billion a year ago.

The whole B2C is on shaky ground as many B2C retailers themselves are burning cash hoping to outlast their rivals. That is why they need raise cash from IPOs. Using convenience stores to bridge the “last mile” gap can be a solution for the logistics problem. However, for convenient stores, the alliance with B2C companies needs to be profitable to both parties as convenient stores are also in desperate need to put their business on a profitable footing without which their business will not be sustainable. Therefore O2O is a marriage of convenience between B2C and convenient stores.

CP Foods named the Most Outstanding Company in Thailand – Agriculture...