Phase one penetration of Est carbonated soft drink into the sundry shop and the foodservice channels in Malaysia is proceeding well. Est posters and the actual products can now be easily seen in these premises. 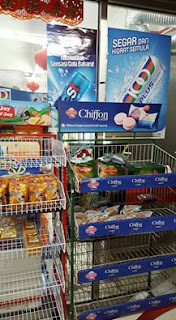 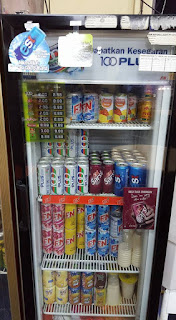 F&N Beverages Marketing Malaysia Sdn Bhd engaged in product sampling activity in conjunction with the Balik Kampung road safety campaign organised in partnership with the Automotive Association of Malaysia (AAM) and Touch ‘n Go. A total of 200,000 cans of free Est were given to motorists in July 2015. myCola is officially dead and has now been replaced by Est. 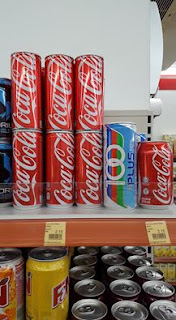 At the moment, it appears Est is using the same approach of myCola where it avoided the modern retail channel, which tends to charge a high listing fee. The question is will Est be able to compete with Coca-Cola’s preemptive move of placing RM 1 PET bottle drink in the traditional trade channel. In the convenience store channel, Coca-Cola has the 250ml slim can priced at RM 1.50 at 7-Eleven for those looking for an affordable drink or portion control. The normal 325ml can is priced at RM 2.15. 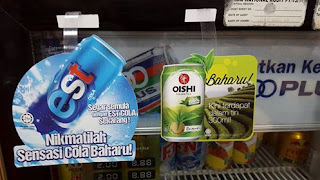 F&N’s Oishi RTD tea will now come in the 300ml tin format. The existing product is sold in 380ml PET.

Mini Me Insights - 28th March 2014 0
Nestle and Marigold are going for volume in the yogurt category in Malaysia. A simple solution to sell yogurt as a family pack is...

Tan Heng Hong - 17th April 2022 0
Joy of Baking All-in-One Bread Mix is now available in the Philippines. This all-in-one formula does not require measuring. All you need to do...

C-Vitt now has a sugar-free version