The Danish dairy producer Arla recently launched its range of cream cheese and fresh cheese in Malaysia including the Lactofree Fresh Cheese.

Arla, which has its Business Unit Asia in Kuala Lumpur to oversee China and Southeast Asia, entered the Philippines market in October 2015 with Lactose Free Full Cream UHT Milk, the first in the market, Natural Cheese Slices, Cream Cheese and other dairy products. 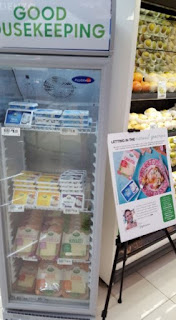 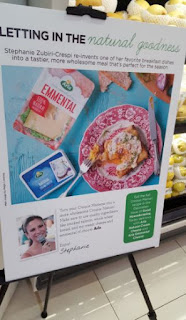 The images above were taken at Robinsons Supermarket in January 2016 illustrating how Arla is providing recipe idea for its cheese products in store.

The price for Arla Pineapple Cream Cheese is the same in both Malaysia and the Philippines quoted at RM 8.30 at Cold Storage or PHP 95.00 at SM Supermarket.

Indonesia – focusing on kids and affordability

In Indonesia, Arla is focusing on Kids Sticks through the minimarket channel. The strategy is to sell the Arla Kids Sticks in individual stick for an affordable price of IDR 5,500 (USD 0.40). The key for the Indonesia market is to start em young and making cheese a healthy snack.

Nestle wants consumers to come up with new pairing ideas

Mini Me Insights - 24th August 2014 0
Lately, there has been a marketing trend in the Malaysian F&B scene of combining two products to create a new way to enjoy them...

Tan Heng Hong - 29th April 2021 0
Indonesia's Wings Food has introduced a new packaging for its Segar Dingin, which is a powdered supplement to improve the body's immunity and to...

Epicurean Delights from Fairmont at Home to Surprise Every Palate