Singapore’s Yeo’s is bringing Hawthorn and Tamarind canned drinks into Malaysia. The two beverages are already selling in Singapore. At the moment, there are several Tamarind drink (minuman asam jawa) products in the market including Delight and JusMaster. However, the tamarind taste is not universally appealing, making it hard for tamarind to become popular.

Hawthorn is an interesting drink. Yeo’s new Hawthorn drink is marketed as good for digestion (membantu penghadaman). Based on the earlier example of Huiyuan hawthron drink,which was available in Malaysia for a limited period in 2014, the drink was not easy to sell. The hawthorn fruit is more likely to receive a better reception among the Chinese population due to their higher awareness about hawthorn compared with the Malays.

Probably the more successful one will the Bandung Rose Milk Drink, which has just been launched in Singapore. Malays love Bandung syrup and is a must during kenduri (feasting). The syrup is commonly sold by hawkers. An RTD version will ensure Bandung syrup can be conveniently consumed on the go. 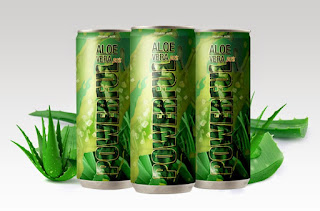 The company is the first aloe vera extract producer in the country with its own farm, factory and sales office located in the southern state of Johor. 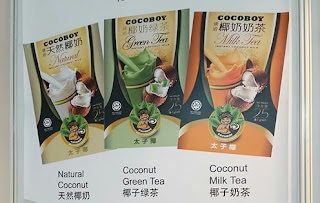 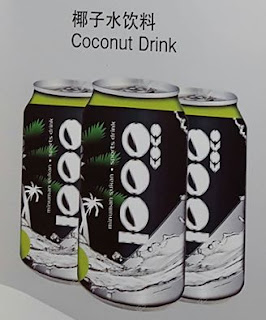 The 1000 Coco coconut drink in can is positioned as a sports drink. 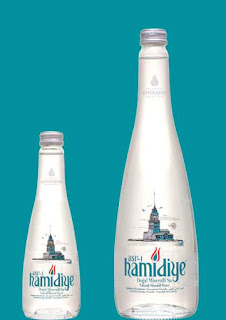 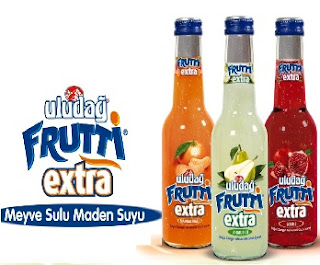 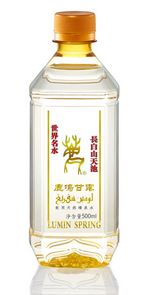 Lumin Spring halal mineral water was featured at MIHAS 2016. The mineral water from China’s Changbai Mountain is imported and marketed by Lumin Spring International Group Sdn Bhd. Lumin Spring is certified Halal by JAKIM. The gold-tinted water bottle is biodegradable and can withstand temperature of up to 150°C. Lumin Spring was launched in 2015. The gold-tinted water bottle design is for the Malaysia market, while the blue colour bottle featuring Chinese characters is for the Taiwan market distributed by 未来趋势国际饮品有限公司 (Future Trend International Beverage Co). Lumin Spring is made by China’s Fusong Bajing Ever – White Mountain Heavenly Lake Beverage Co., Ltd. and is aimed at the premium market.

Deluxe Rich Sdn Bhd is the maker of Wild Taste RTD coffee. The curvy can, which is imported, looks refreshing. The company has been focusing on exports and is now looking at exploring the local market.

PS Food and Beverage Sdn Bhd, the company that brought us Origina pouch fruit juice, introduced its Chocojoy Chocolate Flavoured Milk in pouch. It is fortified with vitamin B3, B2, D3 and A. The flavoured milk contains zero cholesterol and is low in fat, high in calcium. The company also won the Entrepreneural Excellence Award 2016 at MIHAS 2016. 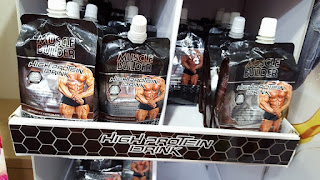 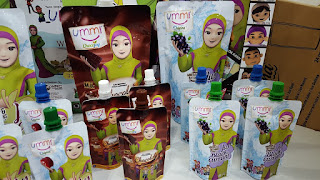 PS Food and Beverage soft launched Ummi Origina at MIHAS 2016. The product features Ummi, a character in the Ummi Tales of Wisdom animation by Hud Hud Media Sdn Bhd. Character drink based on local animation series is becoming popular thanks to the success of the BoBoiBoy series. 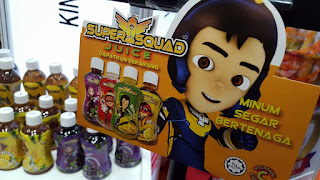 The thriving local animation industry means there will be a lot of new characters potentially gracing the packaging of new beverages. 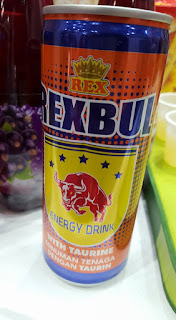 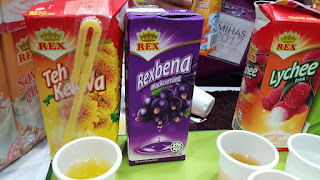 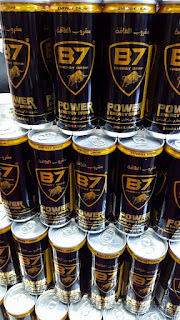 Salam Consultancy and Services Sdn Bhd is a company based in Malaysia.  It makes B7 energy drink for export into China’s Xinjiang province. 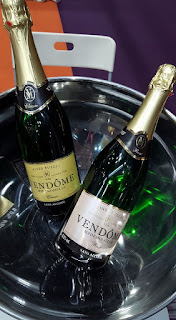 The potential market for non-alcoholic drinks is large but it all depends on whether the JAKIM endorses them with the halal certification.

Companies are targeting the children’s market by collaboration with the latest popular local animation programs. When these shows become popular internationally, beverage brands with existing collaboration can piggyback on the show’s success to grow in foreign markets.

Several manufacturers which have been focusing on the export market are refocusing their interest on the domestic market.

Aloe vera is starting to gain traction as a beverage ingredient. I have seen aloe vera products being promoted in trade shows in London and Jakarta.

The interest for Asian drinks such as tamarind is still going strong as companies introduce products suitable for the local palate.