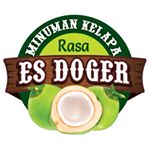 The new Es Doger is treated with Ultra High Temperature (UHT) and comes in a convenient ready-to-drink Tetra Pak format. Coconut milk is a key ingredient in Es Doger. With the new RTD Es Doger, consumers can enjoy Es Doger on the go.

We are seeing companies drawing inspiration from local treats. But what is more important is the  shift from coconut water to coconut milk-based drink in line with what is happening in the European and North American markets where coconut milk serves as a dairy-free alternative and a source of protein.

Tofusan branches out into lactose-free milk