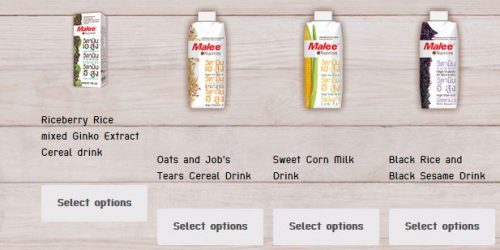 The Malee soy-free almond drink sets it apart from Dutch Mill Soy Milk and Almond Milk and other milk-based almond drinks in the market.

The closest equivalent to the Malee Nutrient Almond Drink is the 137 Degree Celsius Real Almond Milk sweetened with organic coconut flower nectar. This drink is free from soy and milk. It is also cane sugar- and gluten-free.

The other imported competitor is Blue Diamond Almond Breeze, which entered the Thai market in June 2017.

The launch of the new Malee almond drink is a testament to the growing popularity of almond milk as a source of plant-based protein in Thailand. We expect to see a lot of launches in the near future as consumers diversify their protein intake from soy and dairy to almond. New Malee Self Plus with collagen beads for better skin

Tan Heng Hong - 15th January 2023 0
S-Pure, the meat brand by Thailand's Betagro Group, has unveiled innovative paper tray packaging to reduce plastic use by up to 80%. The paper...

What makes the new Red Bull Plus unique?