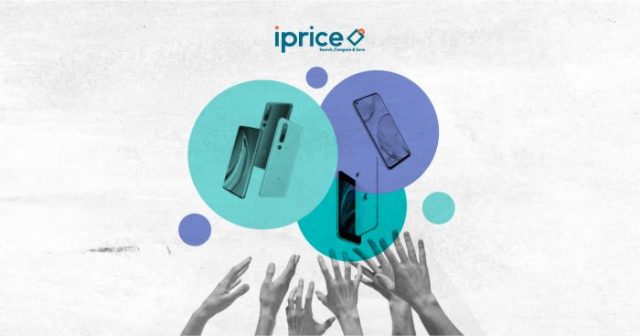 Although the recent study has reported that COVID-19 impacted the global smartphone market, however, smartphone brands like Apple, OnePlus, Xiaomi, Oppo, Huawei, and Honor recently unveiled their latest smartphones to tap the hidden potential of the current market.

iPrice analysed the latest smartphones released in April in comparison to the previous models before the global pandemic occurred in 7 different countries, including Singapore, Malaysia, Indonesia, Thailand, Vietnam, The Philippines, and Hongkong.

The data indicates that some smartphone brands were experiencing low search interests, but not all equally. For instance, Huawei Nova 7 saw an average drop in search interest by 45% as compared to its previous model before the pandemic struct. Meanwhile, Honor 30 & Oppo Reno Ace 2 also experienced a decrease of search interest by 80% and 93% respectively.

As the outbreak continues, it could also cause some notable changes standing in the smartphone market such as iPhone SE.

iPhone SE remained resilient even during this unprecedented time as it has the highest demand amongst other smartphones released in April across 7 countries. Even during the lockdown period, the search interest for “iPhone SE” shot up to 206%. It was three times higher than iPhone 11 Pro when the phone was first released in September last year.

OnePlus 8 & 8 Pro were in the 2nd slot dominating in countries like Singapore, Malaysia, The Philippines, Thailand, and Hongkong. While the 3rd place had taken up by Mi 10 of Xiaomi that held 7% of the search market share from March to April.

Overall, iPhone SE was the most sought smartphone in the region, accounting for an average of 673,000 searches from March to April. This also shows a high demand for the phone during this global pandemic.

iPrice saw that the proportions of searches for iPhone SE have acquired almost 78% amongst the other smartphone brands. One of many factors that led to a higher number of demands for iPhone SE was its mid-range price bracket that starting from $399 (USD).

It offers a cheaper price range than the other smartphones. The phone also provides a longer lifetime as you will continue to get critical security updates and new features via iOS version updates.

In Singapore, the raising of smartphone usage due to the latest measures to control the outbreak of COVID-19 until June 1st probably piqued people’s interest in this joined budget and specs.

A Report by iPrice

We collected Google Keyword Planner search behaviour data based on the keywords “iPhone SE,” “OnePlus,” “OnePlus 8 Pro,” “Mi 10,” “Huawei 7,” “Honor 30,” “Honor 30 Pro,” and “Oppo Reno Ace 2” from 7 Southeast Asian countries available in iPrice. Data was collected from March – April. Data on the previous models were obtained from one month after its released date in 2019.