Coconut water sales have skyrocketed in the US to about USD 400 million in 2013, according to Euromonitor. Vita Coco continues to be the market leader in the US, followed by Zico. In the past year, Vita Coco is diversifying from being a pure coconut water to one that full makes use of the hydrating qualities of coconut with new products such as Vita Coco Café, soft launched in 2013. Rival Zico is ahead of the game with Zico chocolate, launched in July 2013 and Zico Café, which appeared in 2012. 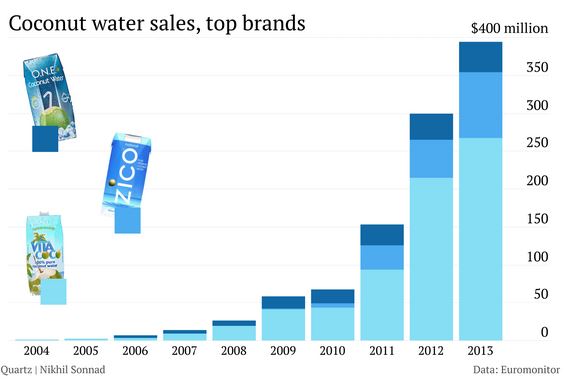 There has been a new development in Indonesia where Vita Coco and Zico source their coconut water. We have seen a flurry of launches in the pure coconut water scene in Indonesia such as Buavita coconut water. However, one that really excites the market is the special coconut-flavoured carbonated soft drink by PT Sinar Sosro. The taste of Creso is unique. The carbonated drink has a strong hint of coconut flavour, making carbonates and coconut flavour a match made in heaven.

Spotlight shines on the Nutrigen brand