The demand for retro food is strong in China. For example, Beijing First Light Food Group 北京一轻食品集团 sold about 4mn cases of Beijing North Pole in 2014, of which one third was in the form of can and two-thirds in glass. The company will be introducing retro ice lolly during the summer of 2015. Beijing First Light Food Group now has a production capacity of over 50,000 cases of Beijing North Pole a day.

In Malaysia, we have our version of carbonated soft drinks in glass bottle called Tapping Tapir, which is positioned as a premium drink. It is sold mainly through the on-trade channel. The retro trend is less pronounced in Malaysia probably due to the fact that Malaysians did not experience massive social and economic changes as those in China. The rapidly changing urban landscape in China meant consumers no longer have a place to turn to reminiscent their childhood. The only thing that can remind them of their younger years is the food they consumed when they are young. Beijing North Pole and Tianjin Shanhaiguan carbonated soft drinks are well positioned to fill the role of comfort food and this is the key reason that helped to fuel their sales. 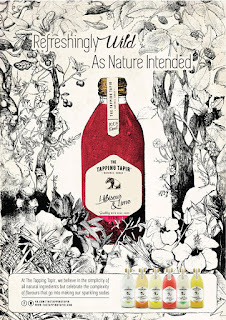 Frisian Flag Primagro to support babies for their first 1,000 days