Indonesia’s herbal remedies maker Sido Muncul, famous for its Tolak Angin remedies, is seeing a continued decline in energy drink sales. According to its IPO prospectus, the company is number one in energy drinks in 2012 with a market share of 60.02%. The market survey is focused on traditional and modern channels in Greater Jakarta areas and is not a representation of the entire country.

As you can see, it is very obvious the company is losing prominence in the energy drinks category. Its Kuku Bima Ener-G! is in the form of powdered sachet. The company blames the 5.5% decline in energy drink revenue in 2012 on market saturation. According to Sido Muncul, “the sales of energy drink has reached an optimum point in the market, therefore it would be difficult to penetrate the market further in order to increase sales.”

Sido Muncul seems to be experiencing a collapse in the category with sales in 2014 marking a 20% decline from 2013. In the first quarter of 2015, the situation remained bleak with energy drink sales falling 29% year-on-year.

The rapid decline in energy drinks segment does not bode well for the company as overall revenue was impacted by the fall in energy drink contribution.

Sido Muncul’s success rested on flavour innovation and advertising (muscular man image) but these are waning off. 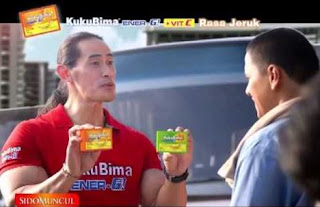 Sido Muncul has taken steps to address the fall in sales by launching new products including Kuku Bima Energi Colamill (2013), Kuku Bima Vitamin C (2013) Kuku Bima Energi Bir (2014), an energy drink with a beer flavour minus the alcohol. In 2015, the company released the Kuku Bima Ener-G (orange and grape) ready-to-drink energy drink to tap the impulse drinking occasion and to target young consumers. This is a right step to position Kubu Bima away from being a drink for the working class.

Kalbe Farma’s Extra Joss, the number two player in the market, is on the right path to success. It has improved the healthy image of Extra Joss with the new product Extra Joss Blend. Extra Joss Blend is a new variant of energy drink with added powdered milk in sachet packaging targeting young consumers. The milk content (calcium and protein) gives an added healthy twist to an otherwise unhealthy drink. The product claims to be fresh and not PHP (Pemberi Harapan Palsu) or a giver of false hope. 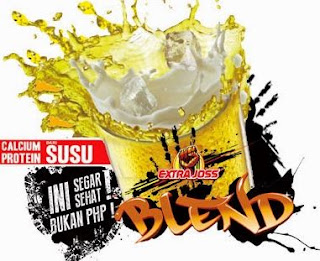 For Sido Muncul to revitalise its energy drink segment, it is important to focus on the new generation of consumers and to continue to make its product more easily accessible in convenient format.

Tan Heng Hong - 12th June 2022 0
Sesamilk from Thailand is now available at NGO Grocer and BMS Organic in Malaysia. This shelf stable sesame milk is suitable for consumers who...

Tan Heng Hong - 30th June 2022 0
Auntie Anne's Malaysia has launched an interesting take on flavours with the limited edition camouflage menu. The menu offers pretzels that have been combined...