Indonesia’s energy drink companies are making effort to turn energy drink into a beverage that can be consumed on a regular basis. Tea and milk are two vital ingredients that are helping to make this a reality. 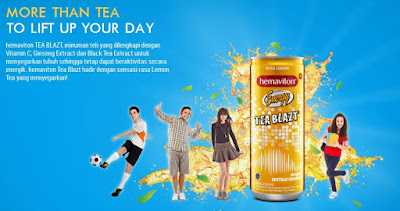 The new Hemaviton Energy Tea Blazt, launched in April 2015, contains black tea extract, vitamin C and ginseng, making the drink the first of its kind in Indonesia. Tea Blazt comes with the lemon tea flavour. Tea Blazt can serve to counter the negative image consumers have about energy drink. The lemon tea flavour also helps expand the usage to women consumers who are traditionally not the key market for energy drink.

In addition, the new Tea Blazt is also an attempt to reach out to the new e-generation who may or may not be fans of energy drink. This generation has the privilege of living in times of prosperity and is exposed to a wide range of beverage choices. According to PT Tempo Scan Pacific Tbk, Tea Blazt is aimed at Generation C described at “connected, creative, communicating, content-centric, computerized, community-oriented, always clicking and creating change.” Tea Blazt does not have the strong energy drink taste but yet offers adequate energy to fuel the activities commonly engaged by Generation C. 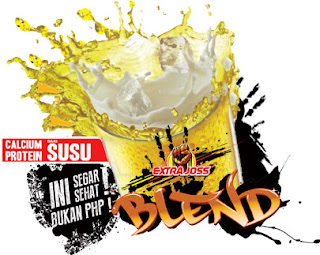 Extra Joss Blend by Kalbe Farma is another energy drink that uses the same approach. This product has been covered in an earlier post. Unlike Tea Blazt, milk is the key ingredient. Milk is highly recognised as a key source of calcium and protein. By blending milk with energy drink, this approach effectively turns Extra Joss into an energy drink that comes with the health halo.

Both Tea Blazt and Extra Joss Blend are hybrid energy drinks. They are playing a key role reaching out to young non-energy drink consumers. The tea and milk ingredients have strong health credentials to turn energy drinks into something that is perceived safe to be consumed on a regular basis.

Tan Heng Hong - 3rd March 2018 0
There’s no denying that there is a lot of buzz surrounding anything Korean these days, and joining the bandwagon are Maehyang strawberries from Korea....

Boost vitamin A and immunity with new Cocomax coconut water