Dairy companies are driving the message that their products are not only to be consumed directly but also good for making your dish tastier. 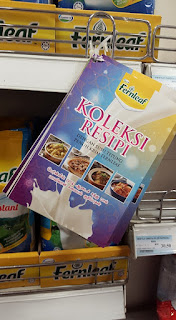 Nestle has been promoting its plain yoghurt as a healthier alternative to coconut milk. The key message is Nestle Yoghurt is low in fat, has calcium and is not added with sugar.

On the Nestle Natural Yoghurt, the company claims its plain yoghurt only has 1.6g of fat compared with 28.3g of coconut milk per 100g serving. The message is to tell consumers to switch from coconut milk (santan) to a healthier yoghurt that is low in fat.

Coconut milk, which is widely used in Malaysian cooking, will come under increase competition from dairy. This comes as dairy companies are promoting milk powder and yogurt as healthier substitute for coconut milk to drive consumption and usage amid the shift towards healthy eating.