Chia seed (奇亚籽) is known for its powerful nutrients. According to Google Trends, this ancient grain consumed by the Mayans and Aztecs is now trending globally with key interest for chia seed in Southeast Asia, Oceania, India and North America.

Food and beverage application in China

Moving into China, Google Trends does not cover China because Google is banned in that part of the world.

A search on JD.com, shows chia seed is sold as a slimming health supplement. The examples below are from the US-based Now Foods. Several other chia seed products on JD.com are either from Taiwan or made under Taiwanese guidance, which shows the recognition of Taiwan as a chia seed powerhouse.

Here is an example of a Taiwan-made cube brown sugar with chia seed from Sin Nan Sugar. This product is aimed at alleviating menstrual pain. The other product is Slim Dairy (享瘦日记) for low carb dinner in the form of a snack bar.  The pack containing 7x30g bars costs RMB 178.

The snackbar contains chia seed from Latin America, enzymes from Japan and made by Taiwan’s ‘most sophisticated research and development team.’ 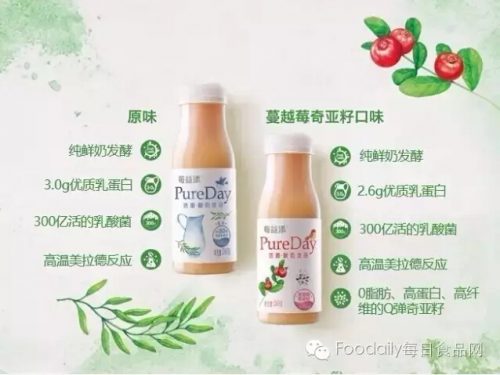 China’s Xin Zhong Yi Food (新中意食品), a unit of Jinjian Cereals Industry Co, has announced in August 2016 it is adding chia seed in sugar confectionery, the first of its kind in the country. According to the company, chia seed has three major benefits – beauty, slimming and anti-oxidant.

Chia seed application in mooncake is no longer a novelty in mooncake. In Malaysia, Thai Thong has already incorporated chia seed in its mooncake back in 2013. Here is the Emerald Ferrringhi, a ‘white-skinned chia-seed studded Mooncake featuring earthy Cameron sweet corn and fragrant pandan’ from Thai Thong. In China, we are seeing local mooncake producers like 功德林 (Gong De Lin) coming out with chia seed mooncake for its spring summer series.

The awareness about chia seed is still low in China but its health beneficial properties such as slimming and beauty and the texture can help to elevate the usage of chia seed in food and drinks. At the end of the day, it will be the Taiwanese that will have a key role in popularising chia seed in China as the application and awareness of chia seed in Taiwan is in the advanced stage.

Tan Heng Hong - 20th February 2019 0
Insights Article by iPrice Group Singapore is a trusted global e-commerce hub thanks to its infrastructure, tech-readiness, fast import and export times, and the list goes on....

Tan Heng Hong - 1st August 2021 0
We have come across Malaysia's first customized instant noodle brand Pak Chan recently and let's have a look at what makes it different. Pak Chan...