Yeo’s a national distributor for Ca’ya

Yeo Hiap Seng (Malaysia) Berhad (Yeo’s) has been appointed by Cerebos Malaysia as the national distributor for Ca’ya, a health beverage with ginseng and habbatus sauda. The drink is described by Cerebos as a beverage that delivers sustainable energy and long-term vitality for men. Yeo’s will be distributing Ca’ya from October 2016.

The appointment of Yeo’s comes as Cerebos is embarking on a new strategy for Ca’ya. The new approach is to sell the health drink by ‘as individual bottles and placing them in chillers for immediate consumption,’ said Vice President and General Manager, Cerebos Malaysia, Koh Joo Siang.

Yeo’s will bring to the partnership 40,000 distribution points including provision shops, convenience stores and eateries. Ca’ya will be sold in chilled individual bottles for immediate consumption. This will represent a move away from at-home consumption usually associated with traditional health supplements such as Cerebos Brand’s Essence of Chicken.

At the moment, Ca’ya is sold in a 6-bottle pack (RM 34.80) in supermarkets, hypermarkets and pharmacies, while the individual bottle is available at selected convenience stores at RM 5.80 per bottle.

Cerebos claims Ca’ya is a natural energy drink and has high hopes for its success. According to the press release, Cerebos aims to achieve a 10% market share in the energy drink category in the third year. This will put Ca’ya in direct competition with established energy drinks such as Red Bull and Power Root.

Globally, energy drinks are going natural. In Thailand, Red Bull has introduced Red Bull G2 with ginsenoside featuring ginseng extract and Red Bull G3 with curcuminoids featuring turmeric. (image below) These natural energy drinks can be found in convenience stores and both are priced at THB 15 each. In China, Uni-President has the Nature Lab (自然实验室) series comprising Revive and Relax as well as 轻畅酵主, a noni-based detox enzyme drink. The key ingredients of Revive are Elder Flower (接骨木花) from Austria, green coffee (绿咖啡) from Brazil, ginseng (人参) from China and Maca (玛咖) from Peru. 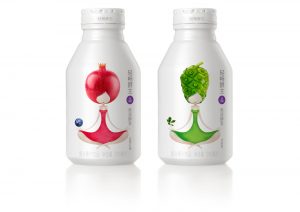 In Malaysia, Ca’ya is in a good position to ride the natural trend as the only natural energy drink option in the convenience store and foodservice channel. Cerebos and Yeo’s will need do more to emphasise Ca’ya’s natural credential and position it as a lifestyle drink. Reel In The Festive Spirit With foodpanda

Tan Heng Hong - 28th May 2022 0
27 May, 2022 Kaspersky VPN Secure Connection was awarded among the best VPNs for streaming, gaming and torrenting for private users by AV-TEST, the independent...