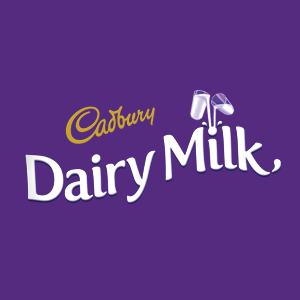 Cadbury finally was able to breathe a sign of relief following the official recognition by JAKIM that the two variants of its chocolates are halal. The health ministry first announced two samples of Cadbury chocolates contained traces of porcine DNA after much speculation on the social media. Now, we know that it was a health officer who leaked the preliminary report on Instagram. An investigation is being carried out by the ministry against the person who jumped the gun. We also being told the test was carried out by a lab that is not accredited and there may be possible contamination of the initial samples tested by the health ministry as they do not come from the factory. I wonder if the lab officer had eaten bak kut teh and forgotten to wash his hands before handling the Cadbury chocolate. Even if the chocolates were bought from the market, the content should be the same as those coming straight from the factory because their packaging should be intact.

What we see from this Cadbury halal saga is once the news broke out, multinationals quickly issued notices on their websites/social media pages to assure their consumers of their product halal status. Nestle Malaysia issued the notice on 26 May 2014, followed by McDonald’s the next day on 27 May 2014.

Malaysian Muslim groups reacted strongly with calls for “jihad” on Cadbury and “boycotting” all Cadbury products. According to another group Perkasa, “they [Cadbury] have betrayed us Muslims by putting ‘haram’ elements through the foods we consume in our body, to weaken us Muslims,” said Perkasa Selangor chief Abu Bakar Yahya. There were even calls by certain people of the need blood transfusion to replace blood to cleanse one’s blood due to the consumption of the tainted Cadbury products. Cadbury was called on by the Allied Coordinating Committee of Islamic NGO to pay for blood transfusions.

Strangely, a similar event happened in Indonesia as the Cadbury saga unraveled. A consumer broke the news on social media on 18 March 2014 that Indomaret, one of the biggest minimarket chains in Indonesia, was selling non-halal Bourbon Cookie from Japan. The retailer had recalled the product and said it was only sold in 30 out of 9,400 stores. Indomaret explained on 23 May 2014 the cookie manufacturer had changed the ingredients without notifying the importer. The National Drug and Food Control Agency (BPOM) finally issued a total recall of all the affected products on 29 May 2014.

Unlike their Malaysian counterparts, Indonesian consumers did not react drastically probably because the product was not popular and few consumers had eaten it. There were surprisingly little or no backlash against Indomaret with calls for Jihad against the minimarket chain for selling the non-halal biscuit. The contrasting responses in Indonesia and Malaysia show religious bigotry and extremism in Malaysia have reached a dangerous level.

Companies operating in Malaysia have to ensure their halal-certified products remain halal as consumer backlash can be very severe.

Mirinda Mix-It launched in Malaysia to coincide with Raya celebration

Tan Heng Hong - 12th May 2018 0
Mirinda Mix-It, the new flavoured carbonated soft drink from PepsiCo, has been launched in Malaysia. Mirinda Mix-It was previously released in Thailand in 2017. The...