The new B’lue isotonic drink, recently launched in the Philippines, bears a striking resemblance with another B’lue water-based restoration drink, which made its debut in India at the end of 2011. In India, B’lue was launched by the French food and drink group Danone in a joint venture with local Mumbai-based Narang Beverages. According to Pierre Betat, country manager Danone-Narang Beverages, B’lue “has been designed and developed, especially by the Indian consumer and for the Indian consumer.”

Following its debut in the subcontinent in 2011, B’lue seems to have “disappeared” lately. The official portal http://www.drinkblue.in/ says the “Website currently under maintenance.” Moreover, there were no signs of B’lue in Hyderabad, a city in central India, when I visited in early 2015. In October 2014, news surfaced citing sources that Danone might part ways with Rahul Narang Group. Danone was reportedly wanting to take full control of B’lue and Qua, which were then made and distributed by Narang Danone Access and Danone Narang Beverages.

In the Philippines, the new water-based drink brand B’lue by Danone Universal Robina Beverages made its debut in January 2015. I blogged about this in an October 2014 post saying the joint venture would most likely focus on sports/isotonic drink. My initial guess was Danone would introduce to the Philippines market the Mizone aquadrink brand, which is highly successful in Indonesia and China. The choice of B’lue is not within expectation.

In the Philippines, B’lue is targeted at millennials.

Here is the official description of B’lue:

Inspired by how the millennial generation lives, B’lue–a water-based drink– provides a unique drinking experience that deeply refreshes you, body mind and mood. Whether you are tired or feeling great, B’lue makes you feel fully alive to take on what’s ahead. It comes in a 500mL PET bottle, offering three fruity flavors: Orange, Calamansi and Lyche.

The new isotonic drink focuses on you and me, the ordinary urbanites who dare to dream and want to live life to the fullest. The target audience is therefore much broader and includes the majority of people who are less active in sports. As a comparison, Gatorade, the leader in the isotonic drink category, tends to associates itself with sports, thus restricting the consumption occasion to sporting activities. 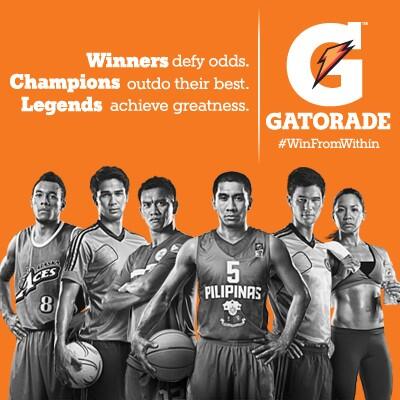 On store shelves, B’lue, which claims to be a water-based drink, is placed among bottled water when the store check was carried out at Robinsons Supermarket in Manila. Similarly, B’lue is not placed alongside other energy/isotonic drinks in convenience store. The Ministop example shows B’lue is sharing the same space with C2 RTD tea.

In terms of the pricing, B’lue is priced at a 31% discount to Gatorade and is slightly cheaper than Powerade. B’lue is also priced within the range of RTD tea drinks but higher than bottled water.

B’lue has the potential to become the next Mizone in Indonesia and China as flavoured vitamin-enriched water is highly adaptable and fits perfectly in most consumption occasions. The key is to start ’em young and start connecting with young consumers.