Ruyin opens up a new Chinese-style juice category 中式果饮, which uses local ingredients traditionally used to nourish the body. Launched in May 2015 are two more new products 梨想万岁 made from pear and monk fruit and 冬瓜小荞 with winter melon and duckwheat 苦荞 as the key ingredients. 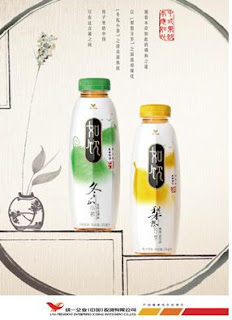 The pace of Uni-President’s juice sales fell into negative territory in 2014 as the pear juice market, pioneered by Uni-President, shrank. On the bright side, the juice-flavoured functional drink Haizhiyan 海之言 was a success story with sales of RMB 600 million in 2014 alone. The company will be doing all it can to arrest return to a growth trajectory in 2015 for the juice segment and Ruyin will be playing a role.

Majority of social media users in SEA want to keep their...