On 13 July 2016, PepsiCo China has finally unveiled emoji cans featuring eight designs. It marks the continuation of the roll out of the PepsiCo’s Say It with Pepsi campaign across the world. 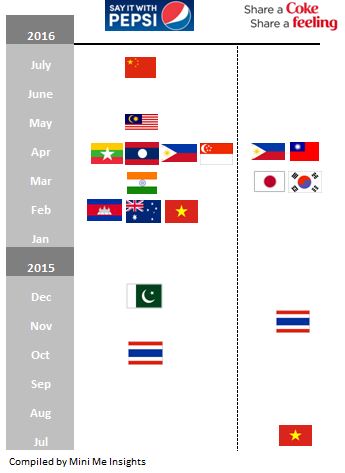 At the time of writing, the campaign has yet to be introduced in Indonesia, Taiwan, South Korea and Japan.

Get your Ube Cheese Pandesal at 7-Eleven Philippines

Tan Heng Hong - 9th June 2020 0
7-Eleven has embraced the Ube Cheese Pandesal trend with its own ready-to-eat version to satisfy consumer craving for this popular food made popular during...

148% Boost in Affiliate Sales for Local Prepaid Sellers on Shopee