Once the phone is answered, Ah Niu (literally translated means the cow in Mandarin) sings his iconic Ah Huat white coffee song, which is well known among the ethnic Chinese community in Malaysia. This is followed by a sing along session where you are invited to sing too. 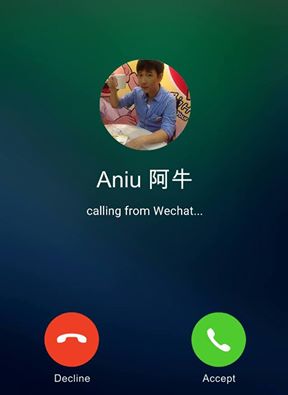 All of the sudden, the image on the smartphone becomes fuzzy. This time, Ah Niu appears in person on the screen playing the song with his friends. 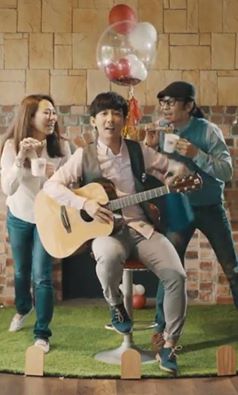 Then comes the surprising part, while singing Ah Niu moves closer to your screen and suddenly “cracks” appears on your smartphone screen and this caught many by surprise. Was my mobile device screen really ‘cracked’? nope, it was just a prank by Ah Niu. At the end, the viewers are asked to share this clip with other people to bring laughter to everyone. There was generally positive feedback about the clip. Most of the people said it was innovative and were surprised to ‘receive’ a call from Ah Niu. They also added that they would share it with their friends and family members, which is what Power Root, the maker of Ah Huat White Coffee, hopes to achieve to make the clip viral.

Indulge In An Exciting Christmas Collection By Elevete Patisserie