Three retailers in the Philippines are reaching or have reached their 1,000th store milestone.

Potato Corner, the homegrown French fries brand, announced it would be opening its 1,000th outlet in August 2017. Company Chairman Jose P. Magsaysay Jr. said it will have over 140 branches overseas by August 2017 including 98 in Indonesia, 35 in the US and 11 in Thailand.

Potato Corner, first set up in 1992, is looking for partners in Malaysia, Vietnam and Brunei. A store in Cambodia and Kuwait will open in August 2017. 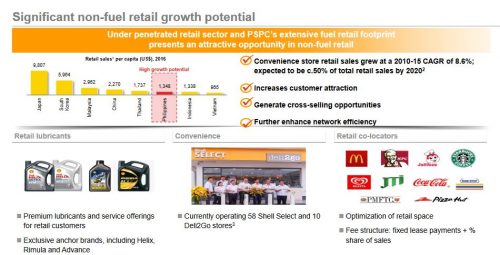 Non-fuel retail offers strong growth potential for Shell and other petrol station operators in the Philippines as the penetration is low compared with neighbouring countries like Thailand and Malaysia.

The fuel retailer is aggressively opening more convenience stores to grow non-fuel income. During the first quarter of 2017, 16 Shell Select and six Deli2Go as well as 17 Shell Helix Oil Change+ stores were opened across the Philippines.

7-Eleven is the other retail chain that has surpassed the 1,000th store mark in the Philippines.

The examples of Shell, Jollibee and Potato Corner show the immense opportunities in the Philippines for retailers with the right business model.

Tan Heng Hong - 26th June 2021 0
Happy Chef in Thailand has launched a series of new products including Happy Chef Tteokbokki and Cheese with Hot Sauce and Chicken with Buldak...

URC enters the cultured milk segment in the Philippines