Growing urbanisation and government failure to stem pollution has meant environmental degradation has not be effectively tackled in the Asia-Pacific region. The private sector is taking up the initiative to help stem the rising tide of waste, while gaining public recognition and brownie points in the eyes of consumers and governments.

Plastic waste is a mounting issue in the region. The growing use of plastic bottles, which tap into convenience and on-the-go consumption, has led to the overflowing of plastic waste. Governments are ill-equipped to deal with this issue due to limited resources and low consumer awareness on waste separation and recycling.

Coca-Cola lowers plastic use by 40% In Indonesia, The Coca-Cola Company invested USD 21 million into an affordable Small Sparkling Package (ASSP) production line, the second in the world for sparkling soft drinks after the one in India. The line is able to lower the company’s plastic usage by more than 800 tons a year or up to 40% as part of the company’s sustainability commitment to the environment.

The production line in Cikedokan, West Java will produce high-quality, lighter bottles at a capacity of 188,000 bottles an hour. 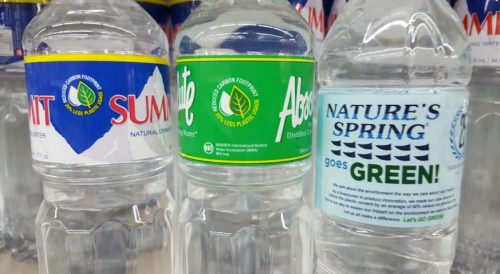 The following is the amount of plastic reduced per bottle by packaging size for Absolute.

Eco-friendly theme resonates with millennial consumers (18-34-years-old) who holds the key to growth in developing countries The green generation, exposed to sustainability and environmentalism, will encourage brands to instill eco-friendly into their brand DNA going forward.

Tan Heng Hong - 26th January 2020 0
Richeese Factory in Indonesia, the one that introduced black cheese from charcoal, has added Prospericheese as its festive menu for Chinese New Year. Richeese...