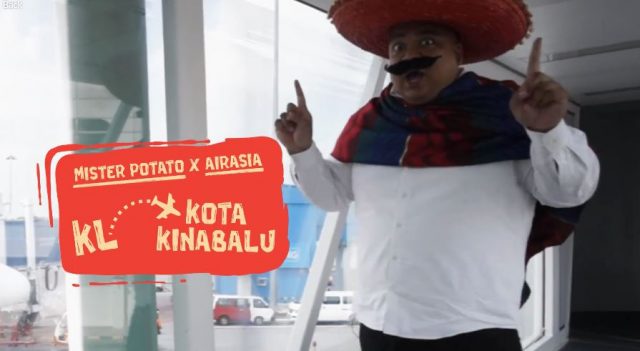 Mamee’s Mister Potato had a little surprise for passengers on an AirAsia flight to Kota Kinabalu in late February 2018. Little did they know, the real Mister Potato, aka the Hensem Amigo, would be on board to entertain the passengers with his witty ways.

Viewers were encouraged to comment on their most memorable flight. This attracted more than 300 comments including a comment from one of the passengers who won a prize for correctly answering the quiz.

This video was viewed around 385,000 times and shared 309 times as of 15 March 2018  Not bad for a campaign that helped strengthening the bond between Mister Potato and Mister Potato consumers. Vitza Vitamin Soda in Lychee and Orange make its debut

Tan Heng Hong - 21st March 2022 0
emart24 has launched its 3rd and latest Reserve Store at Tamarind Square in Cyberjaya. To celebrate the launch of the new store, the South...