What about the Philippines? The company said it will be a joint venture with Alfamart being a minority shareholder, said PT Sumber Alfaria Trijaya managing director Hans Prawira. The name of the local joint venture partner was not disclosed. One of the most interesting things revealed by Prawira is negotiation has not reached the final stage. The company will first set up a distribution centre before opening the retail outlets.

The joint venture process is expected to be completed in 2014. Alfamart aims to start operation in the Philippines within 2014. The stores will be leased.

Another intersting thing about the announcement is the plan to open 100-200 outlets in ASEAN (excluding the Philippines). Which other countries will Alfamart enter apart from the Philippines, a country with strong similarities with Indonesia. Malaysia and Singapore are out of the question as Malaysia already has a very strong minimart scene with KK Mart and 99Speedmart, while Singapore, a island state, is more suitable for convenience store.

What Alfamart has in mind would be a place where the traffic is still dominated by pedestrians and motorcycles. The place also has to have terrible traffic jam and there is still a lack of modern proximity stores.


However, the layout of the Alfamart store in Vietnam will have to adapt to the long and narrow lot. It would be interesting to see if Alfamart is able to modify its store to fit the unique condition in Vietnam where there will be no spacious parking in front of the outlet. 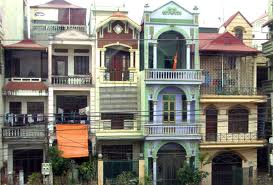