Coconut water rules at Thaifex – World of Food Asia 2016. Here is a summary of the new product trends for coconut water:

Flavoured coconut milk moves beyond the original taste to make the category relevant to more consumers looking for something refreshing yet tasty. Thai coconut water producers tap into native fruits and all time favourites to deliver new exotic tastes. The flavours for coconut water and coconut milk at Thaifex 2016 include: HerbSign (www.herbsign.com) showcased a coconut water made from fresh young coconut and bael (buddha’s fruit). This product is available in the US since 2015. 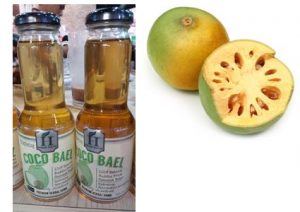 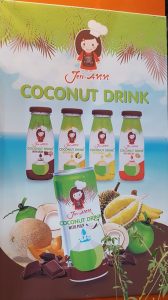 Organic and/or Never from Concentrate

Wild Coco is made from 100% Nam Hom fragrant coconut water and is certified as organic by the USDA. 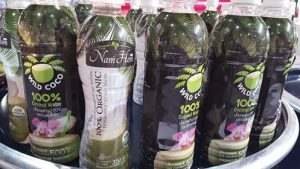 US-based Harmless Harvest, which is one of the first to use high pressure processing (HPP) to treat its coconut water, is contemplating of moving away from HPP. From April 2016, it will be using a new proprietary filtration system with no thermal treatment. This comes after the USFDA warned the company it was not doing enough to ensure the safety of its coconut water.

Never More than 28 Days from Thailand’s Organic and Natural Co., Ltd. is a company producing 100% organic Nam Hom coconut water certified by the USDA. The coconut water is never pasteurised, never heat treated and no HPP.

The coconut are harvested by the company’s fair-trade farmers within 20 to 28 days as that is the best harvesting period for Ham Hom coconuts. According to the company: The coconut water is processed within 48 hours of leaving the trees. They are then frozen and can last for 2 years. Once defrost, it can last for only 15 days and must be consumed within 1 day of opening.

Tipco has turned coconut water into a summer hit with its limited-edition season’s best Cocotini. 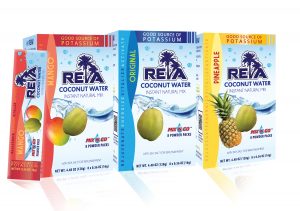 Given the right price, coconut water in sachet might work in India.

Introducing ‘PLUS by GoTo’ subscription program by Tokopedia

Tan Heng Hong - 1st September 2022 0
Indonesian e-commerce platform Tokopedia has launched ‘PLUS by GoTo’, a new subscription program that offers an array of benefits, promotions, and discounts at an...

Opportunities for La Fonte to fill gap in instant spaghetti and...

CP Foods named the Most Outstanding Company in Thailand – Agriculture...