HoneyB was launched in Malaysia around November 2016. It is known as the world’s first halal sparkling honey drink. HoneyB is made from 100% Australian honey and designed for consumers who want to indulge in something sweet but do not want the usual sugary sweet sodas. HoneyB does not come with added sugar, colouring and flavouring. It is currently available at the following retail outlets. The producer of HoneyB is The Original Beverage Sdn Bhd, which shares the same office as Oregene Biotechnology Sdn Bhd.

The Original Beverage currently only has one product – HoneyB, which is certified halal by JAKIM. Oregene Biotechnology, founded in 2013, is the company behind senZues, the world’s first halal-certified and clinically proven cosmeceutical. 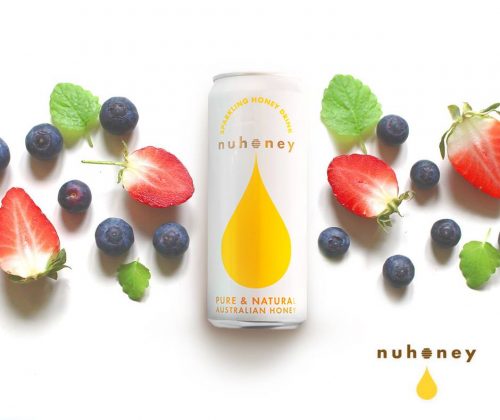 HoneyB does look quite similar to Nuhoney in terms of ingredients. Nuhoney is currently available in Singapore and is made from 100% Australian honey, carbonated water, Glucono Delta-Lactone and Sodium Benzoate. Nuhoney is made in Malaysia under the license of Nuhoney Pte Ltd.

With sugar becoming public enemy number one in most countries, companies are innovating with sugar alternatives such as stevia and honey to satisfy consumer craving for something sweet without the sense of guilt.

Heineken in ideal partnership with Grab

Tan Heng Hong - 21st September 2019 0
Heineken has partnered with Grab as the preferred delivery and digital service partner to bridge the "last mile" gap. At the moment, Heineken operates an...

After You dessert café launches Okonomiyaki Pancake Mix with Bar B...

Enjoy the goodness of the new F&N Fruit Tree Fresh No...